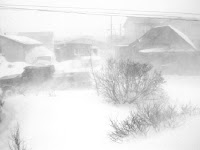 SUN IN AQUARIUS
The Sun, planet of warmth and vitality, is transiting the sign of Aquarius, the sign of hopes and fears. It's a time of originality and eccentricity, just as hopes are often found to be. Time to explore your specific ideas and let them roam free.

In speaking of hopes and fears, snow comes to mind. Now, I realize that when most people consider hopes and fears, they don't exactly think of weather, but the recent snow warning set my mind upon this subject. It made me realize how beholden upon weather we are. Granted, since time immemorial, we have dealt with the powers of the heavens, but in a modern age, one might consider that we would have different methods for dealing with everything nature can throw at us.

I personally received a text message this morning letting me know that I would not have to work today because of the incipient storm. I'm rarely going to get upset that I don't have to work, but there was no snow! The snow that had people in terror preparing to be holed up in their houses ended up deciding to skip our area, leaving us feeling somewhat sheepish. However, other places have been inundated with snow, justifying their own preparations.

Nowadays, I have to say that I cannot abide snow. Yes, it's beautiful when it's falling and blanketing the city with its quiet power, but goodness, once its fallen and dirtied the streets, it becomes obnoxious. I can't stand the slush, the grey/black snow littering the sidewalks, sloshing through the subway floors, and falling from building awnings, not to mention the shoveling. It's tremendously inconvenient.

This is so different from when I was a kid. We couldn't wait for snow and often hoped it would snow enough to keep us out of school. I remember waking up early just to listen to the radio and find out if I had to go to school. It was like a present when I heard my school's number called. Then I dressed in my warmest clothing and went out to play. Nowadays, you couldn't pay me to go out into the snow. Perhaps I'll feel differently once I have children of my own and watch their glowing expressions as they watch the snowflakes drift down, but for now, snow my stay in the sky for all I care.

I hope those who were hit wth snow are safe and sound and enjoying the aesthetic power and those who are safe from snow are enjoying the convenience of getting around.
Posted by Jared at 11:29 PM