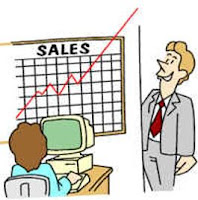 CAPRICORN RISING
Capricorn, the sign of ambition and tenacity, is on the horizon. People will be acting through a lens of upward mobility. Capricorns get a reputation for being cold, calculating, and shrewd, but there is more to the Sea-Goat than blind ambition. Still, we're going to be feeling those effects while the 10th Sign rests on the horizon.

Perhaps the bad rap the Capricorn gets is a necessary evil. I have no planet in Capricorn in my chart and I think that might be why I'm horrible at sales. Ironically, I've chosen two consecutive professions that require me to sell myself. No, not on the corner - I already blogged about that, remember? Acting, followed by writing. Two professions in which sales is one of the most, if not the most important aspect. Unfortunately, I haven't ever been very good at the sales aspect of life.

Even as a child, I dreaded the yearly candy sale. For those who never had the torture of this exercise, every child was given a catalogue of various types of candy. We were then encouraged to sell as many items as possible. The goal behind this was to make as much money for the school as possible. The goal for the child was to earn certain prizes. The more that you sold, the better the toy you could win. It was a huge source of pride for the child who sold the most items and I hated every second of it. I felt intrusive and demanding whenever I showed up on the doorstep of some poor, hapless victim who had to listen to me simply because of my cherubic demeanor. Yet, I never seemed to win the best prizes. A person who said no to me was respected and no more pushing was done. I simply find it difficult to press the issue.

Some don't, though. At my job, as a receptionist, I am bombarded by calls that insist upon sales. Hopeful, hapless, they ring the office, demanding attention like spoiled toddlers with a favorite toy. They press their suit, hoping that I'll take them up on their offer. I do my best to deter, but again, with Libra's sociability heavy in my chart, I have great difficulty in cutting them short. Today, I had a reversal of fortune. I spoke to a man who sounded bright and eager. I told him that unfortunately, we were not looking to change our service. His voice dropped into such despondency that I felt sorry for him. I guess his thick Capricorn skin was absent today. How strange that I should feel sorry for the very type of person who irritates the hell out of me. Perhaps it's because he was the type of salesperson that I was as a child - eager at the beginning, but lacking the ruthless tenacity that overtakes your sympathy for the poor soul on the other end of the line who may not want to listen to your pitch.

Not that sales are the anthithesis of the human condition, but if money truly is the root of all evil, then it seems that sales would be demonic.

Sometimes, it certainly seems that way.
Posted by Jared at 10:05 PM